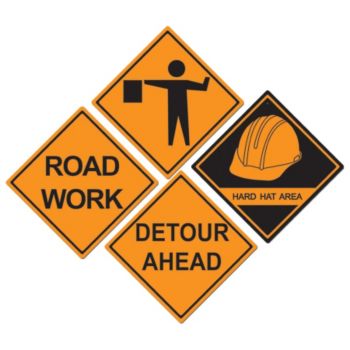 How to Throw a Contest-Winning, Construction-Themed Birthday Party

My party idea is one that I actually had for my son when he was four years old. Our yard needed work, and my brilliant idea was to handle two tasks at once, thus the idea for a construction party was formed.

The whole party centered around a load of dirt that I had delivered the day prior to the party and dumped in the front yard. Upon arrival, all the kids were given a yellow plastic construction hat and a homemade tool belt from denim fabric. The boys’ tool belts had pockets made out of truck and construction designs, while the girls had flower and bird fabric pockets. I brought out all of my kids’ [toy] trucks, cars, buckets and shovels so the children could climb on the dirt pile and dig as much as they wanted. (Of course, our invitations informed parents to send their kids in old clothes because they would definitely get dirty! – And boy did they!)

I borrowed several orange cones from a local construction company and lined them up and down our street. I bought a huge roll of caution tape from the hardware store and strung it all over the house and yard. Although I wanted to rent a large bulldozer for the kids to play on, it was too expensive. So, instead, we cut out one from a 4’ x 8’ piece of plywood and painted it to look like a bulldozer. The kids loved posing for pictures from “inside” the cut-out window of the bulldozer.

I also repurposed a lot of used foam poster boards and made them into signs, such as “Caution,” “Detour,” “Kids at work,” and “STOP.” I even had a “Port-A-Potty” sign leading to the bathrooms. Just like real construction sites have, we made a huge “Project Sign” out of plywood that listed the birthday party kid’s name, our names as the architect, builder, and construction manager, and his siblings as the other important roles.

The kids munched on a variety of food truck fare (from the aptly named “Roach Coach” area) and drank lemonade from the orange construction cooler spigot. Besides the standard birthday cake, the kids ate dirt cup brownies with gummy worms.

We had all sorts of activities for the kids—including a flower planting, street sign bingo and burlap sack races. We had a building station where the kids used cardboard boxes of all shapes and sizes that I had saved for eons to see who could build the largest “building” before it fell. We had a quarry toss where the kids competed to see who could toss the homemade bean bags closest to the inside of a large truck tire (again, borrowed from a construction supply company).

At the end of the party, the kids were given a goody bag with flashlights, candy and construction toys and trucks (flower rings for the girls), which they took home along with their planted flowers, construction hats and tool belts.

Although this party took place over 12 years ago, my family and friends still talk about Brandon’s “construction dirt party” to this day!